Out of Context | God Needed Another Angel 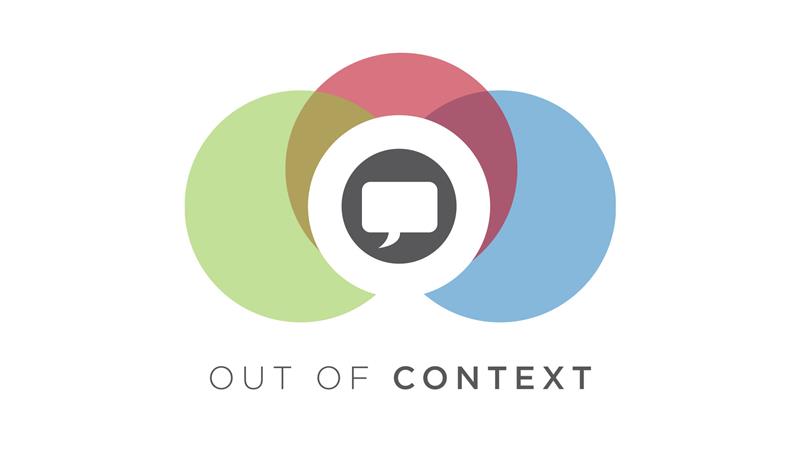 Perhaps someone said it to you at the visitation for the loss of a loved one. Perhaps you overheard it being spoken over someone in front of you while in line. Or perhaps you saw it posted on Facebook after the loss of a beloved community figure. No matter how, we are all probably familiar with the phrase “God needed another angel”. While this phrase is often used in an attempt to comfort, honor, and even justify loss of life, let’s talk about the inaccuracy of that phrase and why there are better ways to accomplish all of those goals.

From my vantage point, when the words “God needed another angel” are spoken, there are a few implications behind that statement:

Let’s break all of those down further and see what Scripture has to say about them.

The Bible speaks about angels in several places, and they are certainly different from humans in some very significant ways. They exist in a completely different plane than we do. They interact with God in ways that we cannot. They can influence situations and circumstances in ways that we never could. But just because angels are different from us doesn’t mean God views them as superior. Here are some verses for us to consider on this point:

1 Corinthians 6:1-3 (NLT) - “1 When one of you has a dispute with another believer, how dare you file a lawsuit and ask a secular court to decide the matter instead of taking it to other believers! 2 Don’t you realize that someday we believers will judge the world? And since you are going to judge the world, can’t you decide even these little things among yourselves? 3 Don’t you realize that we will judge angels? So you should surely be able to resolve ordinary disputes in this life.”

These verses are more about resolving conflict than they are a commentary on angels, but we do gain the important detail in verse 3 that one day believers will judge angels. One commonality between humans and angels is the ability to choose between right and wrong – and when Satan rebelled against God, many angels made this choice along with him. And they will one day be held accountable for their actions, which is a process that believers will take part in. Additionally, in Romans 8:29 it is stated that believers will be “conformed to the image of His Son, that he might be the firstborn among brothers and sisters,” which is not a promise that is made to angels in Scripture.

In summary, while angels currently have capabilities that humans do not, this does not mean that God views angels as superior, nor should we long to become them one day.

Before we even get to angels on this one, let’s be clear on one point – God doesn’t need anything. Anything that you or I would consider a “need” during our time here on earth is ultimately something that God created. In fact, part of the beauty in walking with Jesus is the fact that we are participants in His redemptive mission for the world, even though we are not needed to carry out that mission in the first place. But even beyond that, if God “needed another angel”, then that would mean that God willfully took someone’s life. And if that person lost their life in either a tragic or painful way, then that would mean God was the cause of those circumstances.

An entire blog post, if not more, could be written on this point. If you attended a service at any of the churches within the Orchard family a couple of weeks ago, then you heard a message based on the phrase “Everything happens for a reason” and Romans 8:18-30. If you weren’t there then I would encourage you to check out Bryan Collier’s message here, which he preached at The Orchard Tupelo that morning, if you would like a deeper understanding. But in short, God is not the cause of death, illness, or tragedy that we experience in our lives. Rather, the sin and brokenness of the world that we live in is the cause. The hope that we are offered is not that God is pulling all the strings to produce hardship in our lives, but that He is working in all these situations and using them for our good.

For our purposes here, if the statement “God needed another angel” has led you to believe that God caused the death of someone you loved because He needed them as an angel, please know that this is not true either.

3)     God is transforming people into angels when they die.

If “God needed another angel”, then that would mean that God is in the business of taking those who once walked the face of the earth and moving them to His heavenly ranks of angels. But is this a transformation that the Bible supports? The short answer is no. Out of all of the places where the Bible discusses angels, not one of them would lead us to the conclusion that being an angel is our next step after death. For our consideration on this point:

Luke 20:34-36 says “34Jesus replied, “Marriage is for people here on earth. 35 But in the age to come, those worthy of being raised from the dead will neither marry nor be given in marriage. 36 And they will never die again. In this respect they will be like angels. They are children of God and children of the resurrection.”

We find these verses during an attempt from the Sadducees (religious leaders in ancient Israel) to trap Jesus in a difficult question about marriage and the resurrection. Jesus responds by saying that in the age to come there will be no marriage for believers, in addition to no more death. And that in this way believers will be like angels. It doesn’t say that they will become angels – it just says that this is a quality that angels currently have, and that believers will take on as well.

Just because believers will take on certain qualities that angels possess one day, such as eternal life, does not mean that they will become them.

What to Say Instead

Given that this phrase is not supported by what the Bible says, and could even have implications that are confusing or hurtful to someone who is grieving, then what can we say instead when talking with those who have recently experienced loss?

First, if these words have been spoken over you in a difficult time, I would like to hope that the intention of the speaker was to say something good and comforting to you, even though it may have had the opposite effect. Reality is that there are never words that can bring healing in a time of grief. Our words might bring comfort and support, but not healing.

Rather than trying to justify or explain away a loss that has taken place, and the hurt that someone is feeling because of it, the best thing that we can do is simply let them know that we are there. “I am sorry for your loss – please let me know if there is anything I can do for you.” In a time of hurt, while we may wish there was more we could do, all we can offer is our presence. If it is someone to whom you are especially close, then following this up with some type of supportive action might say what words can’t.

If part of the temptation to say this phrase results from wanting to honor whoever it was that died, because they were of great character or meant a lot to you or someone else, there are other ways to communicate this as well. A handwritten note or phone call to express that this was someone who had an important impact on your life or others would be a more meaningful and accurate way to express this sentiment.